There is a bug when blocks are selected automatically - system automatically pre-selects not only blocks in the same horizontal hierarchy, but rather all the blocks with the same inputs. Problem occurs when in the tool-chain are a cascade with blocks with similar inputs and outputs. First - all similar blocks are pre-selected when user defines algorithm for one of them: 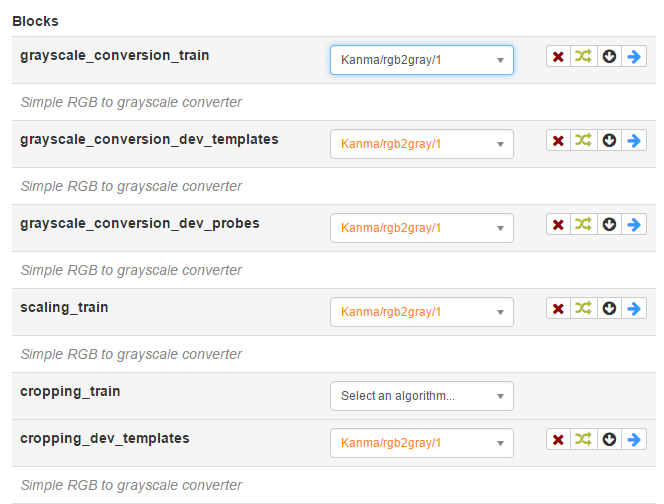 Second - when user tries to change the algorithm for a block, system shows, that there are no options for the particular block (possibly because automatic selection of the subsequent block's algorithm has been wrong): 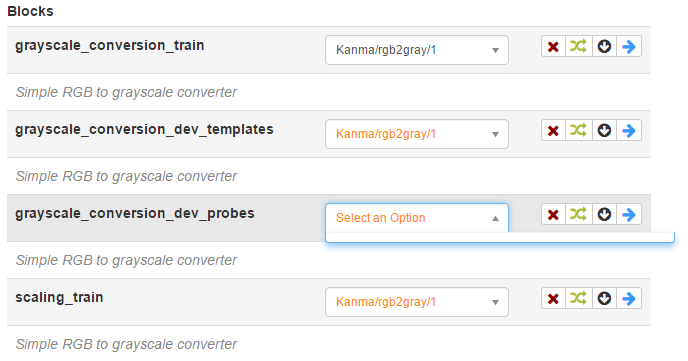 Even if user resets the block there are no options: 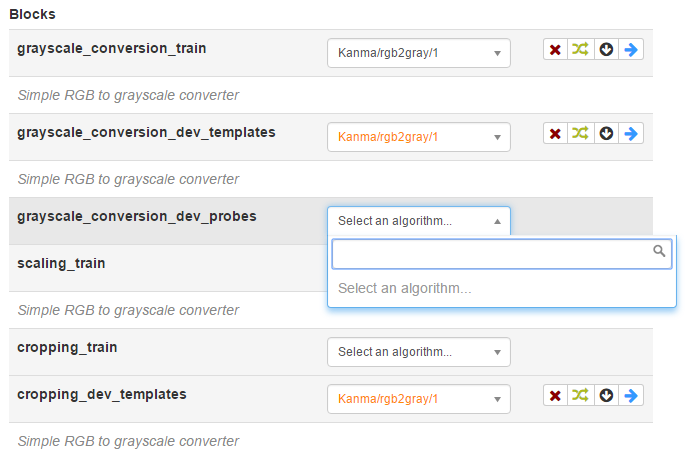 For now the problem can be fixed only when user deletes all automatically chosen subsequent block algorithms.